I was looking to buy a VR headset sine the HTC Vive release. Unfortunately, I didn’t have opportunity to install extra motion tracking sensors in my place, which was my main limiting factor.

It was boring to wait, and exciting to observe the VR headset development progress. When first reviews of Oculus Rift S with inside-out tracking system came out, I pre-ordered the headset.

A few words about HTC Vive

Previously I have only experienced VR through HTC Vive & HTC Vive with TP-Cast wireless adapter, and that’s what I will be comparing Rift S with.

My main complains about HTC Vive were:

Even though HTC Vive has physical eye distance adjustment, I was not able to find the perfect spot without double vision.

TP-Cast wireless adapter provides wire-free movement, which is an enormous advantage, but due to the poor implementation I felt a bit disappointed.

Every game session was started with about 15 minutes of fiddling with the TP-Cast adapter and its software to make everything work. Motion tracking was also suffering with extra lag and latency often enough to leave a bitter taste.

All of the early reviewers were complaining about two things in the Rift S:

I have none of those issues but let me start with my list of cons first, otherwise I will glorify this thing.

Even though TP-Cast wireless adapter left a bitter taste, being tethered to a computer with a wire is just very annoying.

Most likely it’s related to the inside-out tracking system through the headset cameras, but sometimes there are some minor tracking lags, when controllers are too close to the headset, and the cameras can’t see it. Even though it’s annoying and affecting the gameplay, it does not happen often and when happens it’s easy to fix by just moving the controller(s) back into the field of cameras view.

Rift S has slightly higher display resolution of 2560×1440 pixels when compared to HTC Vive’s 2160×1200, it’s noticeably better, but still too low for a VR Headset. I don’t want to see pixels; I want to see pictures.

The list of cons might sound severe, but the reality is opposite. Oculus Rift S is not a VR revolution, but at less than €500 it’s way more affordable option, which provides very joyful VR experience.

No physical eye distance adjustment is not an issue for me, I was able to eliminate the double vision with the software adjustment. It might not be the case for others, but it works well for me.

The missing over ear headphones is a pro for me, not a con. I am not very demanding when it comes to the sound quality, and I prefer to have as less moving parts as possible, thus I enjoy Rift S build in speakers more than HTC Vive’s over ear variant.

The Oculus Touch controllers are a bit too small for me, but for shooting and boxing they are way better than HTC Vive’s variant. Originally, I thought that using AA batteries for controllers is a bad idea, but after a while I became to be a fan of the idea. 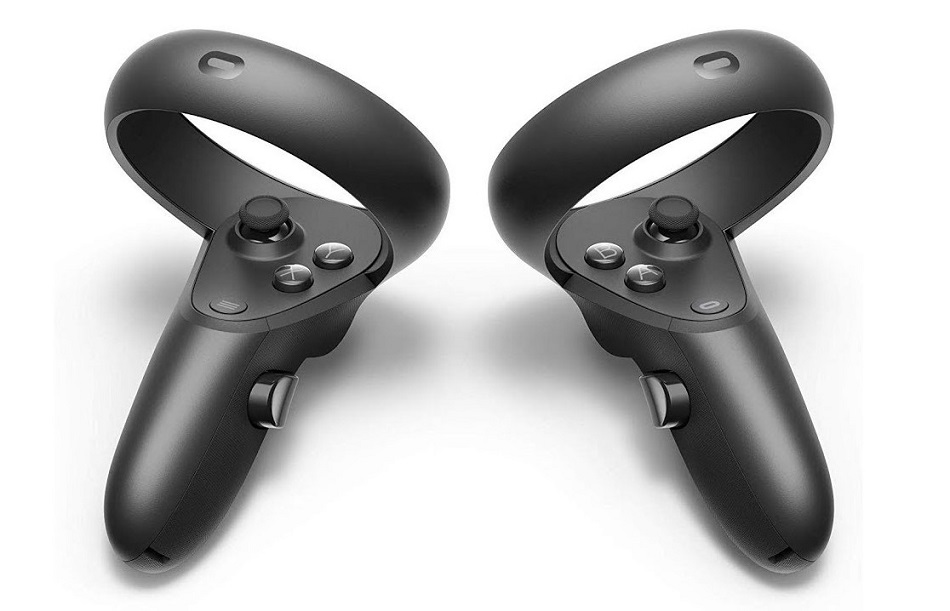 When HTC Vive’s controllers are going out of charge, I am forced to stop gaming and put them on charge, with Oculus Touch I replace the batteries and throw myself back into VR. Just have to maintain a stash of AA batteries.

1. The Thrill of the Fight

It’s simply the best VR game I have ever experienced. The Thrill of the Fight does not have astonishing graphics, does not have an entertaining story, and does not provide heart touching musing, it’s just a realistic boxing simulator. And that’s exactly what I love!

While being wired is heavily restricting my movements, and tracking issues are affecting my hand position during the boxing matches, I still find myself looking forward to get back home and spend a few rounds with my virtual opponents.

Here is a couple of my own gameplay videos:

Boxing with Duke Bell in The Thrill of the Fight

Boxing with Mateo Vega in The Thrill of the Fight

Boxing is not only nice, but also physically demanding and make you sweat, thus, when I am looking for something “fun” I enjoy Robo Recall.

The stupid game story of “fighting the Odin” feels unnecessary and boring, but it’s still fun to shoot, grab, and throw those robots. 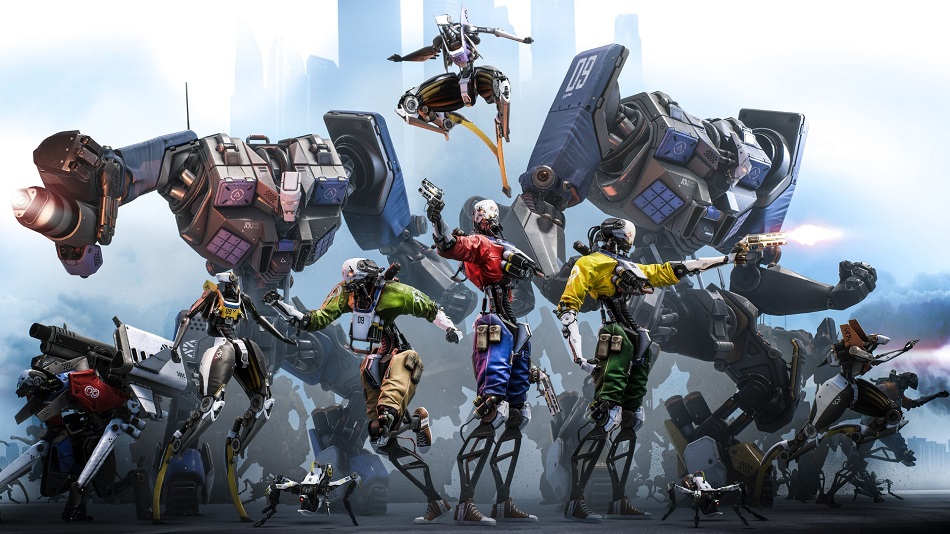 There are plenty of YouTube videos of the game, but if you want to see me playing - just let me know in the comment below.

Sometimes you want to listen to a book or just have a long call and want to do something, in this case Box VR is the best companion. 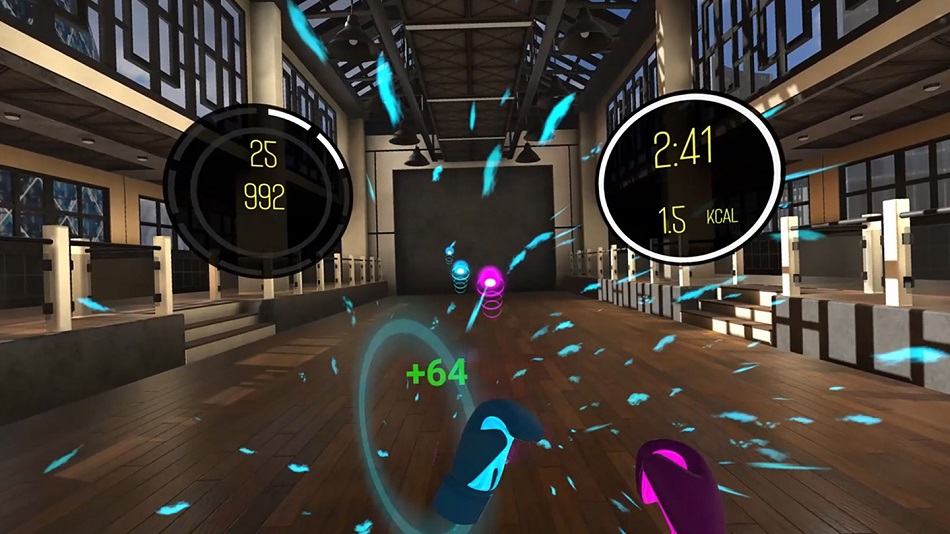 In the beginning it’s hard to figure out the angles to hit the incoming balls, and you get frustrated, thinking that tracking is not working, but after a while you figure it out, and the hands are just collecting all the targets themselves.

It’s a great game for some physical activity while your brain is occupied with something else from the real world.

Long Echo is the only story driven VR game I keep playing. 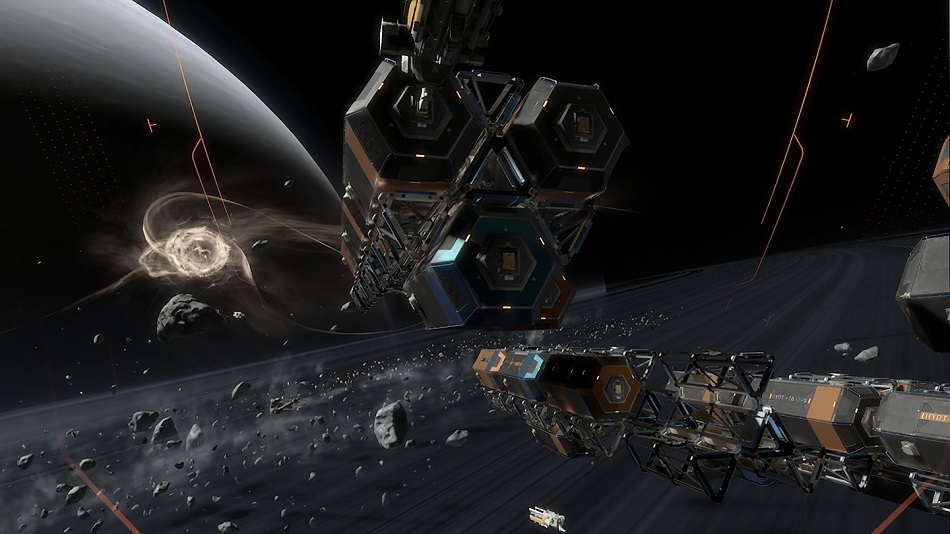 So far the story does not seem to be very engaging and I am not sure whether I will complete the game at all. Still, it’s nice to dive into the Space every once in a while.

If you already have at least a mid-range PC and looking for a VR headset which does not break your wallet, then give Oculus Rift S a try. Beware that lack of physical eye adjustment might be an issue for you, if your eyes are either too close or too far from each other.

I really hope to see a wireless option for Rift S in the near future.